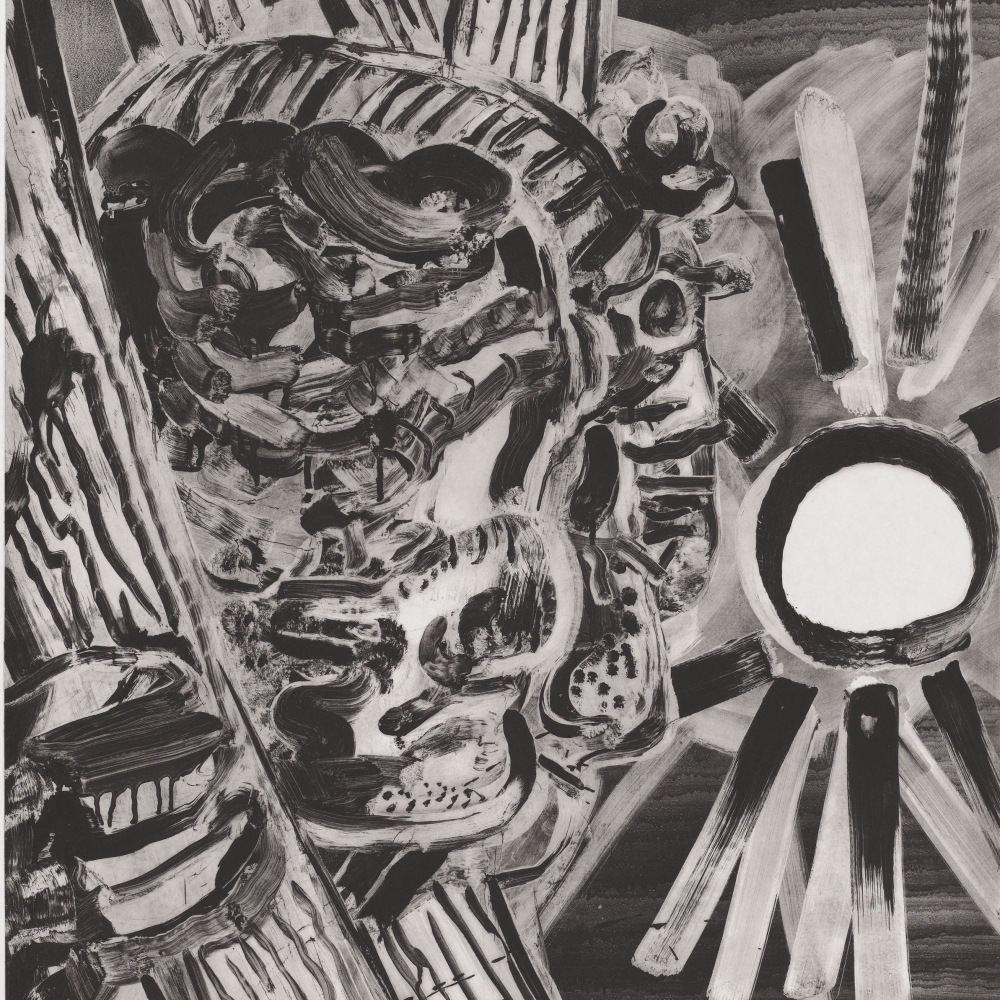 I knew that I wanted to be painting subjects that did not exist or could not be painted from observation… I wanted to visualize the subject, like it was a thing that I wanted to see pictured, so that was a reason to paint it.
- Dana Schutz

Two Palms presents Strangers a set of ten large scale etchings by Dana Schutz, the studio's first major etching project with the artist. Schutz, often regarded by her peers and critics as the best painter of her generation, brings to her etchings the same dynamism that enliven her paintings. In creating her subjects, Schutz draws influence from cubism and expressionism, but also other movements of the 20th and 21st century, creating images that feel familiar but are entirely unique.

Schutz rarely presents the viewer with an easy subject. Even works that seem lighthearted are imbued with a dark hilarity, such as a woman who holds her dog a little too tight, or a head that appears to be squeezed from its turtleneck like paint from a tube. In presenting the viewer with situations that seem unimaginable, awkward, or even grotesque, Schutz constantly asks us to reimagine the world we live in and inspires us to look at our surroundings with a fresh eye. 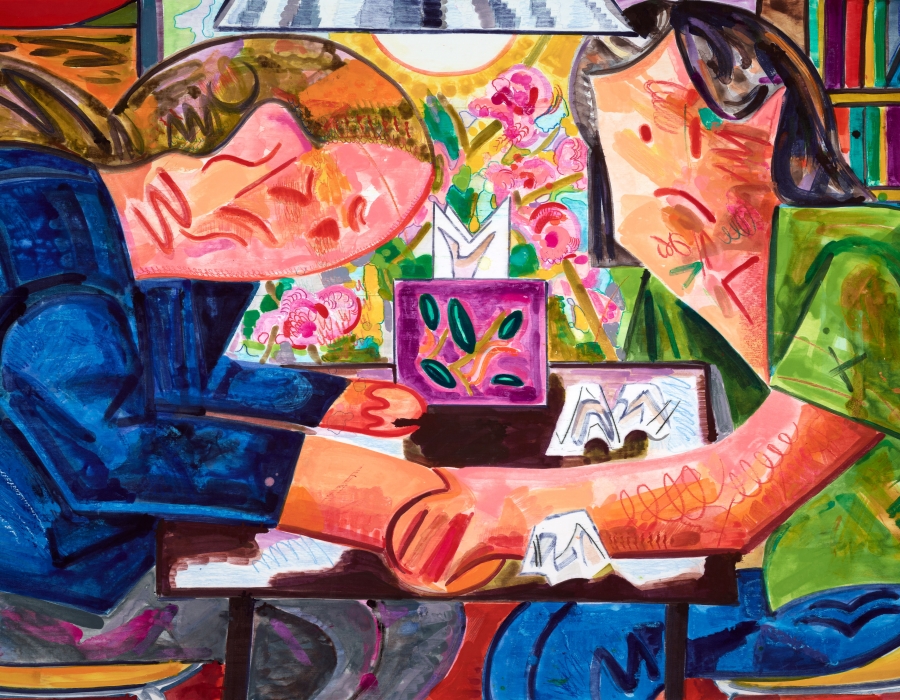 Dana Schutz
Back To Top