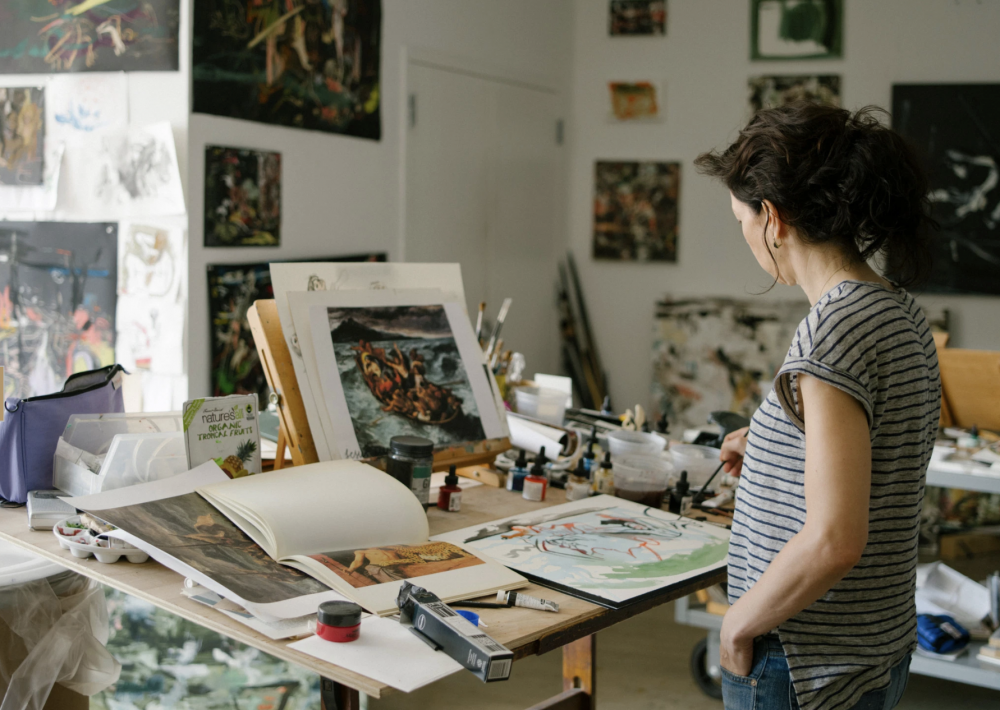 Sometimes it shocks me how many times I’ve drawn something,” says Cecily Brown, pointing to a scatter of paper on the floor of her Union Square studio in Manhattan — the result of four days’ studying Théodore Géricault’s The Raft of the Medusa. “It’s this process of internalizing an image and feeling like I haven’t really understood it until I’ve drawn it.” The London-born painter rarely shows her sketches; what’s made her a star are her virtuosic canvases, which beguilingly interweave lush, almost-violent abstractions and erotic figures. But this fall, New York’s Drawing Center will present Brown’s first-ever show of drawings (October 7 through December 18). Brown, 47, says drawing helps her build “muscle memory” for her paintings—hence, the show’s title, “Rehearsal.” Expect to see an exploration of everything from Old Master works to 19th-century sadomasochistic photographs. “I’ve always loved the contradiction of sweetness and darkness in the same place.”