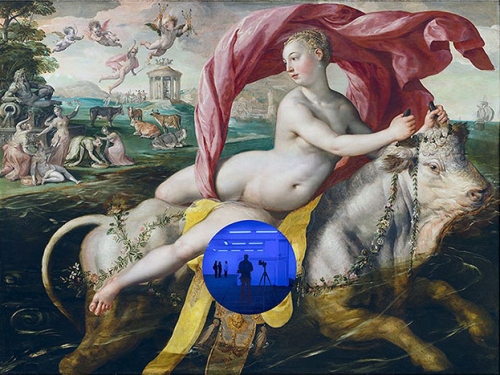 Jeff Koons, Dana Schutz, Cecily Brown, Richard Prince, Elizabeth Peyton. If you own their prints of sculpture multiples, chances are they came from Two Palms. A renowned studio and showroom in Soho, New York City, they have been dedicating their practice to the leading contemporary artists of the 21st century, and helping them produce artworks of the highest standard.

Indeed, in the world of prints and multiples, Two Palms are something of a legend. Their constantly-expanding roster of technologies and tools continues to challenge the definitions of these two media, by engaging in a wide variety of innovative printing techniques. Their focus is on the contemporary ways of making as strongly as it is on the traditional techniques such as intaglio and the nearly-lost medium of the Woodburytype.

Furthermore, Two Palms works have been acquired by numerous important cultural and institutions of arts over the years; The Albertina, The British Museum, The Broad, The Met, Tate Modern, The Whitney, Walker Art Center, to name just a few.

To get a glimpse behind the creative processes at Two Palms, we talked to its Principal and Co-Owner, Evelyn Lasry, who works directly with artists, collectors, advisors and curators to ensure the prints land in private and public hands around the world. She tells us about the idea of acquiring prints as an affordable first step into art collecting, the impressive printing techniques Two Palms has been mastering, and her career as co-founder of this exceptional business.

Widewalls: For more than a couple of decades now, Two Palms has been engaged in a wide variety of innovative printing techniques. How would you say you pushed their boundaries? What are the challenges and rewards of your work?...